The valentine season is here and as usual lots of love birds would be flying out from their love nests. Funny, but some may be total strangers while some of them may be long-time friends, and then some may be colleagues at work.

Business, they say, shouldn’t be mixed with pleasure, but a research carried out in 2017 revealed that more people are getting involved in office romance as the days go by. This is often traced back to the fact that most workers spend eight to ten hours a day and almost every month in a year in the workplace with the same set of persons. They have no other option but to share the same space with others. However the problem arises when they go beyond office work and begin to create a romantic atmosphere around themselves within the workplace.

A research carried out by a professional platform, CareerBuilder, highlighted that 41 percent of employees have dated a fellow colleague thereby failing to maintain a professional relationship. It was also recorded that 12 percent of these relationships started while working extra hours into the night, 10 percent began after a happy hour, while 9 percent started during a lunch outing and 10 percent started after meeting by chance outside the work environment.

Though most cases of office romance involve colleagues in the same level or department, studies have shown that 29 percent in-office relationships are between someone in a higher position and a junior colleague. It also revealed 15 percent have had an intimate affair with their direct boss. When caught or exposed, 37 percent deny the relationship and 63 percent admit it.

Interestingly it was stated that 30 percent of these relationships end up in marriage even though most fizzle out with time. The outcomes are never predicable but still a hard question stares us in the face, should there be room for romantic relationships in the office space?

Over the years most companies have frowned at the concept of in-office relationship and have continued to search for ways to eradicate its roots from their workplace. They believe it would destroy the image of the company and so have employed different measures to handle cases like these such as by banning it, penalising culprits or even firing them, making their employees sign a contract forbidding office romance, and so on.

However, CEO of Engage PEO, Jay Starkman, stated that placing a ban would only encourage more secret relationships in the organisation. He suggested this instead, “an employer should establish a clear policy that requires reporting of the relationship to HR so that it can be monitored and people can be properly advised on how to conduct themselves.”

Even though some company polices may seem harsh, most times they exist in order to prevent unpleasant situations from occurring. Like Roy Cohen, a career counselor and executive coach, puts it, “Many organizations have rules about dating colleagues not because dating a colleague is a bad thing. You may share common interests and motivations and you may both love the organization. The rules exist to avoid any messiness that might arise when the relationship ends, when one of you gets promoted, or if one of you has access to information that should not be shared, especially if it might benefit your partner unfairly.”

Most often than not, most organisations try to avoid issues like this but then they keep on reoccurring and could be a source of distraction from the main company’s target. Well a one sided judgement is usually not the best so what’s your take on this as an employer or employee? Should the love birds be allowed to fly freely or should they be caged? Leave a comment below.

Need some help with your company’s recruitment? We’ve got you covered! Shoot us an email at wecare@mapemond.com

EMPLOYEE INSIGHT: “NO STRAIGHT FORWARD APPROACH IN RELATING WITH COLLEAGUES”–ANONYMOUS 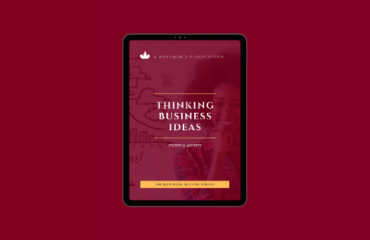 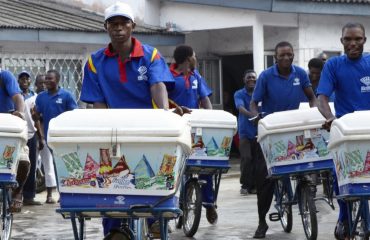