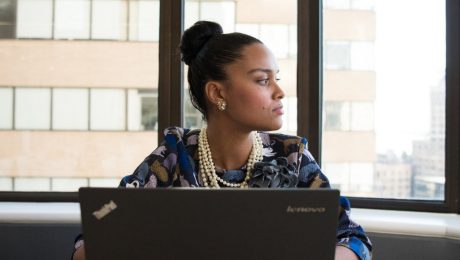 “Try this: Be consistent! In the long run you will gain positive habits that’ll help you grow/bring more money!”

This statement, which sounds like what we hear often, took me a bit down memory lane to when I started Mapemond and the growth process from then on till now. In 2008 I began my journey as an entrepreneur and for the first four years I made no dime from the business. Reminiscing, I can say three key things were responsible; I was still building my capacity, I was yet to ‘rightly’ articulate the value proposition, and of course marketing was zero because I didn’t even know how to market.

During that period, I read a book that a friend bought from a floating book shop that berthed in Port Harcourt at the time, MV Dolous was the name of the ship. I wish I could recall the title of the book as well. A section of the book made the bold declaration that a business venture which can’t generate any revenue within the first six months is headed for failure. For the first time I contemplated calling entrepreneurship a quit, but somehow I pressed on and eventually realized that the author was wrong in her assertion.

In between, a story that gave me hope was that of Christopher Columbus, the European who was convinced that there was definitely land across the Atlantic Ocean and set sail to satisfy his curiosity after years of trying to raise funds. We all know the story I suppose. From it I learnt the true meaning of consistency and have also seen the result in my business.

Today, I would like to encourage those still struggling with making money in business, stay hopeful and keep navigating. You might have tried all you know but push on. Your level of consistency will determine if you would ever break through or not. Your success is never based on people’s opinion or a timeframe.

Sometimes I look at the proposals I wrote in 2009 and 2010 and I laugh because at the time I felt clients will be blown off their seats as they read it. The indescribable boldness that comes with passion even when capacity is below par!

Today, we have clients who engage us for an entire year; one is the fifth year now. What’s the point? The amount of time you invest in a particular thing plays a role in your journey to success. Malcolm Gladwell calls it the 10, 000hrs rule while others call it the One Decade Principle. Success responds to consistent effort that is good.

Don’t be blinded by excitement, don’t be choked by passion, focus on the long journey for consistency and acquire the various habits and principles that will help you grow and in return make money. It is possible.

Do you feel overwhelmed in anyway? We could help, send us an email via wecare@mapemond.com