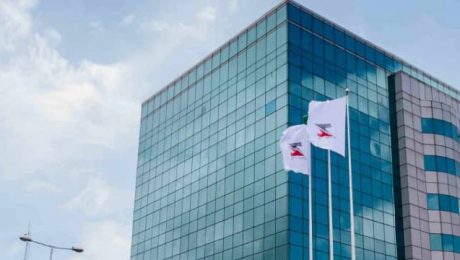 One industry in Nigeria that recognises the importance of logos is the banking industry. Almost every bank leverages a striking emblem that has the ability to draw the attention of potential customers and create a lasting impression in their minds. One of the key bank brands leading the way is Zenith bank.

With just a simple letter Z as its identity, Zenith bank has distinguished its brand from the crowd. The logo is characterised by many things but its leadership status is one feature that it is now known for widely.

The brand, Zenith, which was founded in May 1990, was not set up in a haste. The founder, Jim Ovia, thought through every single detail including the name of bank and its logo. With a clear vision to build a world standard brand that would compete in the international market, Jim could not afford to settle for any common name.

“I started researching with those qualifications in mind to find a name that was unique, one that would be memorable to Nigerians, Africans and to the international markets,” Jim said.

Desiring to break out from the norm, Jim embarked on a research, listing out all the names of existing banks in Nigeria and slipping the pages of dictionaries and thesauruses. His quest was to find a name that would communicate the values of the brand to people from different cultures without any language barrier.  Finally, he came across the name Zenith which means top, peak or pinnacle.

Moving on to the logo, Jim began another research on remarkable logos owned by well-known multinational brands. One common feature they shared was simplicity. From this point, he focused his brainstorming for a simple but outstanding logo. In the middle of this, the iconic bisected letter Z was birthed. The design was such that it looked like it was sliced into two, one half coloured dark grey and the other half coloured red, both demarcated by a white space.

In no time, with several branches springing up in several cities in the country, the logo became one of the most recognised and has influenced other brands in its industry.

Zenith bank’s logo is a symbol of top-notch quality. The logo is a representation of what the brand stands for, that is the brand message – a top bank. It was created in a simple form to make it easy to read and comprehend. The colours, especially red, were specifically pick to attract people’s pictures.

The logo utilizes three striking colours, grey, white and red. The colours stand for the company’s corporate values, which are innovation, superior customer service and performance.

Reacting to the selected colours, a couple of persons who were close to the founder had tried to discourage him from using them indicating that red was too strong and would leave a wrong impression on prospects. Despite the discouragements, Jim chose to dwell on the positive side. He believed people would love the logo since red also symbolised love. He pointed out that most powerful nations had a touch of red in their flags.

In his words, “look at flags of some of the most powerful and prosperous nations in the world, they all have the colour red in their flags besides, red is the colour of love and I believe people will fall in love with our logo”.

Eventually, instead of scaring people away, the colours attracted them to the brand.

The logo has made the brand more popular and has influenced many people’s decision in the choice of a bank. The logo has become associated with innovation, concrete financial performance, leadership etc. Whenever Zenith’s logo is seen, excellence is seen.

In search for a universal name, the founder of the bank found Zenith which has a common meaning in different languages, French, Latin, and Spanish.

Do you need an iconic logo? We are here to go through the process with you from start to finish. Send us an email at wecare@mapemond.com