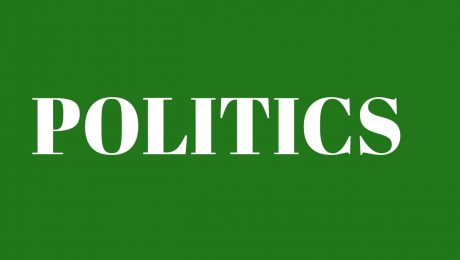 “I particularly think sunny days come with many hitches; the scorch, the sweat, the constant dehydration. Today is one of those days and the last thing I can stand is a heated office argument. That would only add to the ache pounding in my head, all thanks to the blazing sun.

This was why when a certain colleague of mine started the talk about the recent elections in that his usual loud manner, I quietly left for the other office. I still needed the little sanity I had left and just couldn’t afford to waste it on an argument with him. I knew him too well; his biased nature always gave him away on different topics. He was one who would never give in to his opponent’s opinion neither did he ever try to respect boundaries.

From the other office I could hear voices raised, each person defending their preferred candidate and their different political parties. An outsider would think it was a political rally instead of a corporate firm. Minutes later, out of the chaotic atmosphere I heard a slap and then punches followed before I knew it clothes were ripped. I couldn’t believe this was happening. The fact that adults would pick a fight because of a mere argument left me perplexed.

Later that day, the culprits were summoned by the HR manager and our boss. Trouble hovered in the sudden silence because we could tell what may come their way. The following day we learnt they had been given some punishment and everyone was banned from discussing about politics in the workplace….”

The story described above gives a mild description of what controversial topics like politics could result to. It is the season of elections and most people would be tempted to get involved in fierce political discussions anywhere they find themselves.

There is nothing wrong with having a political discussion but since the workplace is filled with people who have different ideologies concerning every life issue, it’s always advisable to avoid conversations that cause disputes. From research, topics like politics come with a lot of strife because people would always prefer one candidate to the other.

Many persons are passionate about a political party they believe is in line with their value system. It is a case of different strokes for different folks. The reality is not everyone will accept or promote your candidate and any attempt to force your belief down anybody’s throat could result into an ugly quarrel or fight.

Asides from steamed conversations, other things that can stir up strife are; wearing campaign attires to work, mocking other political candidates that could be your co-workers’ favourite etc. It is important that workers avoid anything that would trigger misunderstandings. This doesn’t imply that one shouldn’t have their opinion, on the contrary they should. However, if the idea is to spite others, then it is not worth it.

One important thing workers need to value in any workplace they find themselves is their relationship with fellow colleagues. Heated arguments like the scenario described above can ruin both one’s reputation and one’s relationship with co-workers. When this happens, team work becomes tedious and unproductive.

In a case where the political disposition of employees goes overboard, the employer has every right to ban any form of such discussions. In fact rules should be put in place to ensure there is mutual respect.  Workers should always be conscious of the fact that the work environment is strictly designed for business, to achieve corporate goals and not for personal sentiments.

Do you want to train your employees on work ethics and other work related topics that would increase their productivity? We’ve got you covered! Shoot us an email at wecare@mapemond.com.