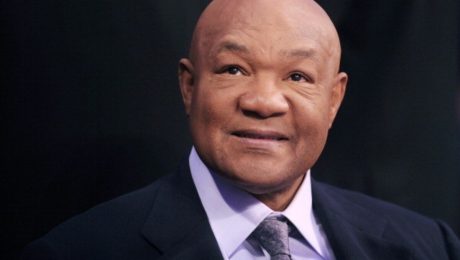 Inspiration for you this August.

George Foreman is a legend in every sense of the word in the world of boxing. His records and history are so enormous that we don’t even know which one to write and which one to leave out. Let’s just give a summary we found on Wikipedia.
“Foreman is the oldest living world heavyweight boxing champion in history, and the second-oldest in any weight class after Bernard Hopkins (at light heavyweight). Foreman retired in 1997 at the age of 48, with a final record of 76 wins (68 knockouts) and five losses.”

It was about that time that Salton Inc. approached him to be the pitchman for their fat-reducing grill. As of 2009, the grill which was named ‘George Foreman Grill’ had sold over 100 million units.

Salton paid him $138 million in 1999, for the right to use his name. Prior to that, he was paid about 40% of the profits on each grill sold (earning him $4.5 million a month in payouts at its peak), so he has made an estimated total of over $200 million from the endorsement, substantially more than he earned as a boxer.

You may not be a celebrity like Foreman and you may not even be interested in brand endorsements, but the point is beyond all of that. The point is that at your place of work, in your career or business aspirations, on social media, and life generally, look out for the right people and organizations and align with them.