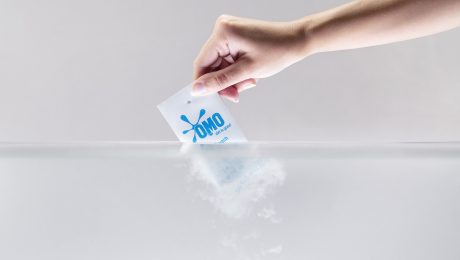 On a daily basis, brands are in a battle for consumers’ pockets. This blog post focuses on the detergent market in Nigeria.

In the late 80s and 90s, OMO detergent (a household name which stands for “Old Mother Owl”) from the stables of Unilever was the king of detergent in the Nigerian market. In those days, the exploits of OMO as the detergent of choice dwarfed the performances of its rivals as it pushed the likes of Elephant, Surf detergent and other small players, into a tight corner.

Its supremacy in the market was such that the television adverts with the promise “Super Blue OMO washes brighter and it shows” became an anthem among children who grew up in the early 90s. Eventually, the arrival of So Klin, sometime in 1996 was the beginning of the fall of the “king”. So Klin came into the market with an innovation; white detergent which was the industry’s first. In addition, its offer as a detergent with a deep-washing function gave Nigerians reasons to switch their loyalty to the new brand.

With So Klin, they did not need to spend extra money to buy bleach for their white laundry, unlike the blue OMO which they suddenly noticed turned their white clothes, blue. Also, the fact that So Klin came in small affordable sachets was a plus to its handful of benefits. Initially, So Klin was more interested in marketing than brand-building, this was the deficiency that was leveraged by Ariel, which was first launched in 1998, to upstage the competition in the detergent market.

Seeing the stiff competition which was about knocking the ‘king’ OMO out of the market, Unilever Nigeria Plc., the manufacturers of OMO were unrelenting in their quest to dominate and hold the ace once again in the detergent market. They added more value to their product offerings, such as attractive fragrances to attract and retain consumers’ interest.

They re-branded, re-packaged, re-designed and reduced the sizes of their product to be more pocket-friendly for their consumers. These were some of the other strategies used by the OMO manufacturers to ensure that they capture more of the market for themselves.

In 2010, Ariel improved on its product with a technology that introduced more enzymes and polymers that remove tough stains in ‘one wash that most detergents can’t remove in two washes,’ which other detergent brands have tried to beat and are still trying. It is also noteworthy that Sunlight, another detergent from Unilever, has also gained market share.

As a growing brand, it is important to know that it is a war out there (the survival of the fittest). A brand that doesn’t grow will be outdated.

Do you wish to stay relevant as a brand?

Send us an email via wecare@mapemond.com