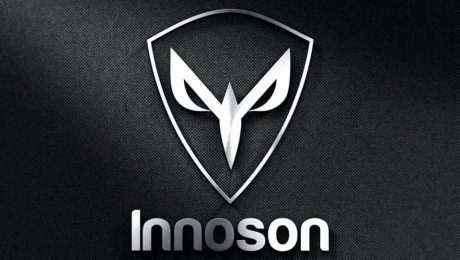 There is so much power that lies in our hands, thanks to the evolution of technology. This power is acquired from the moment we purchase a gadget, connect to the internet and log on to a social media platform. With the emergence of social media, the world has not only become smaller but also several barriers have been broken to gain access to the high and mighty in society. Notwithstanding the wide use or far spread of social media, only the bold and creative minds can leverage its power to get what they want. This should be your aim as an entrepreneur or corporate personality.

A few days ago with just a single tweet, a Twitter user who is a brand identity designer, @osuolale_farouq, shared a proposed logo for the first indigenous automobile manufacturing company in Nigeria, Innoson Vehicle Manufacturing (IVM). This strategic tweet alongside the expertly designed logo started a conversation that got through the digital gates to the table of the target company.

IVM took up the conversation to its platform asking its followers to choose between the company’s current logo and the proposed one by @osuolale_farouq. Eventually, this caught the attention of the CEO of IVM, Innocent Ifediaso Chukwuma, who asked that a meeting be fixed with the creative designer. While the congratulatory messages keep trooping, we all wait with our fingers crossed for the outcome of this meeting, and we greatly commend @osuolale_farouq not just his bravery but also his eye for detail. Let us look at some of the things that make his design unique.

@osuolale_farouq gave more meaning to his design in the breakdown of the different shapes and symbols he used. He explained that the phenomenal Eagle bird inspired the concept of the entire design. Knowing the striking attributes of the eagle, the proposed logo created a fresh identity for the IVM brand. According to him, the two characteristics that connect the IVM brand and the eagle are “…strength and the ability to sail through hard times…”

The logo designer singled out each letter that make up the company’s acronym and backed them up with a deeper meaning. He indicated that the letter ‘I’ represents the beak of an eagle which denotes strength, then the letter ‘V’ symbolizes the wings of the eagle and its ability to fly against storms, and the last letter ‘M’ depicts the eyes of the eagle which can see its target from a distance.

A notable comment concerning the logo meaning was that of HRH Oba Alao Timi Kennedy on Facebook who posted;

“I love how this man coined the PROPOSED new logo for INNOSON VEHICLES from the three letters, IVM and link it to the eagle, with suitable interpretations. This PROPOSED new logo if endorsed or accepted can increase patronage because the brand image is very important in sales and business. The eyes need to love it first before other things. It’s a great logo and I wish and pray INNOSON adopt it.”

This unfolding story could be linked to the popular saying; “when preparation meets opportunity, success is birthed”. From his skillful execution of the logo design, there is no doubt that @osuolale_farouq was prepared for this and with the ‘window’ of the opportunity provided by Twitter, he has successfully sold his idea to the world. Now that is the power of social media!

Once you conceive to take a shot at something, do not contemplate, just clear the hindrances, and take that shot!

Do you need a new logo for your brand? We are your guys for something inspiring and meaningful! Send us an email at wecare@mapemond.com