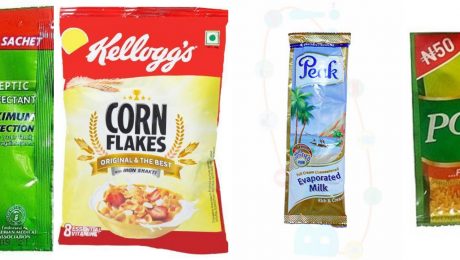 Business is synonymous to a game where only the best players win. The best players are not those who start the game but those who swim with the tides of change and develop different strategies as the game gets fiercer. Like the outcome of a game is unpredictable, so is the same for the Nigerian market.

With the swinging economy, the Nigerian market has never been more unpredictable in terms of purchasing power that over time has affected disposable income. Both individuals and businesses have felt the weight of the economic challenges. Though the burden is lighter on others, everyone shares in the consequences of an unstable economy.

This has led to reduced patronage for many businesses because not everyone can afford too many products at once and they continue to look for cheaper alternatives. While many customers can no longer afford to buy in bulk, companies have devise means of still reaching customers at the bottom of the pyramid.

Observing the change amongst consumers, businesses have developed a new approach to retain their relevance and increase their customer base. Most companies have resolved to produce their products in smaller quantities, in this case in sachets. This new strategy is what Tunji Andrews, Lead Economist at Time, Trade and Commodities (TTAC), calls “sachetization”.

In a Twitter post, Tunji indicated that those unwilling to flow with the trend will be at risk of running out of business. This post could be linked to the sachet approach a major brand, Dettol, had employed to reach and retain more customers. Even though this could be considered a clever move, many of his followers connected this strategy to the unfavourable Nigerian economy.

Prior to this time other major brands such as Kellogg, Power Oil, and even tomatoes paste brands had been making their products available in sachet which has been advantageous to them as regards patronage. This is to ensure that both upper and lower class can afford the products. There is no doubt that these brands must have studied and analysed their industry to discover the best approach to tackle the economic barriers. As it seems, this strategy obviously seem to be working for them and has increased their revenue.

We can never overemphasize the need of knowing your market thoroughly. In our previous post sometime ago, we emphasized on the importance of studying your target market as an entrepreneur. Staying abreast with the latest wind of change and keenly observing the solution other brands are engaging and modifying it to suit your business, always keeps you on track.

With more brands embracing “sachetization”, we wonder what new strategies would unfold if it ever gets tougher. Yet again, what can we say, ‘when the going gets tough, the tough gets INNOVATIVE’.

Do you need support on your business strategy? We would to work with you. Send us an email at wecare@mapemond.com 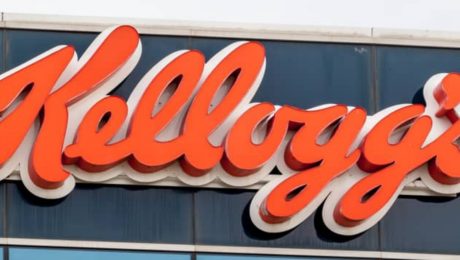 Most children born from the eighties can attest to the fact that they have tasted the popular Kellogg’s cornflakes. For some, it even became the quickest breakfast their mothers could fix before they dashed off to school while for others it became their favourite go-to cereal whenever they were hungry.

Whichever the case, it is an undeniable fact that the impact of the Kellogg’s brand has been felt by many people and also in many homes. The brand’s consistency for more 100years now has strengthened its relevance, establishing it as a leading brand globally.

For the last century, the Kellogg Company has done business under the trademark, Kellogg’s. This American multinational food-manufacturing company has its headquarters in Battle Creek, Michigan, United States. Kellogg’s is known for producing cereal and convenience foods, including cookies, crackers, and toaster pastries. Some of their most popular products that have become well-known brands include Corn Flakes, Keebler, and Cheez-It.

Follow through as we take a detailed ride through the rich qualities of this outstanding brand.

While trying to make granola, a breakfast food and snack food consisting of rolled oats, nuts, honey or other sweeteners, in 1898, W.K. Kellogg, and his brother, Dr. John Harvey Kellogg, mistakenly altered the process and flaked wheat berry.  Not relenting, W.K. continued to experiment until he flaked corn, which gave birth to what we now know as Kellogg’s Corn Flakes.

Kellogg’s, in 1914, took its first step towards expansion by introducing the flagship brand, Corn Flakes, to Canada. As time went by, the Kellogg Company spread its nourishing grains abroad, by commencing operations in countries like Australia, England, Mexico, Japan, India and etc.

In 1923, the Kellogg Company took another bold step and became the first in the food industry to hire a dietician, Mary Barber. Mary pioneered the Kellogg’s Home Economics Department and defined the roles different foods played in proper diets, thereby educating their consumers.

During the time the United States sunk into Depression, in 1930, W.K. Kellogg saw it as an opportunity to add value to more people with the campaign, “I’ll invest in people.” To achieve this, he created more shifts and hired new employees. He went on to start the W.K. Kellogg Foundation, whose mission — to help children realize their potential — is also in line with that of the Kellogg Company till date.

To increase its visibility, the company used the slogan “Kellogg’s puts more into your morning” on television shows on Saturday morning from 1968 to 1970.

As a result of spreading its grains, one of the soils it fell on is the Nigeria’s soil. Though it is yet to make huge harvest, the brand has gained tremendous recognition. On the 1st of December 2017, the joint venture of the reputable cereal maker, Kellogg’s and Singapore’s Tolaram Group, Kellogg’s-Tolaram Nigeria Limited, commissioned a 6 billion naira factory, with a capacity to produce 10,000 metric tonnes of cereals per year. This move has definitely put the Kellogg’s brand on another level since it can now produce its product here in Nigeria rather than importing it.

Having realised that breakfast is the most essential meal of the day, Kellogg’s has built its walls around this. “At Kellogg, we LOVE breakfast. To us it’s so much more than just a meal. We passionately believe in the power and promise that comes from eating the right breakfast. It’s the first fuel for our bodies—nourishing us for today, tomorrow and for life.”

From the simple and concise words, the company used to describe its vision, it is without a doubt the brand has established itself as an enriching brand, “To enrich and delight the world through foods and brands that matter.”

Its purpose is simple but well defined, “Nourishing families so they can flourish and thrive.”

The company sees its values as its DNA which could be interpreted to mean what runs through the entire organisation. Their values serve as a guide for every business transaction, their interaction amongst themselves and with the communities where they work. Here is a quick rundown of their values;

In Nigeria the Kellogg’s brand leverages;

The company continues to uphold the values its founder, W.K. Kellogg, which was instilled over 100 years ago. Today their flaked corn is enjoyed in 180 countries around the world putting it ahead of its pairs in the snack food industry.

Do you desire to build a lasting brand? We are very resourceful and can be of great help. Shoot us an email at wecare@mapemond.com.